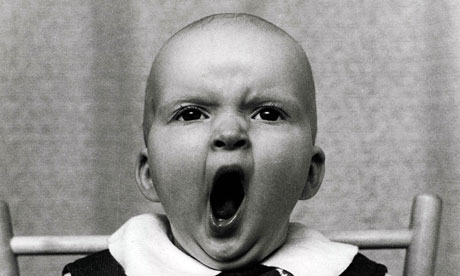 My daughters were insatiable finger suckers. This is a terrible thing for parents because you live in the shadow of a five-figure orthodontist bill.

So you do everything you can, short of amputation, to discourage the sucking.

Threats came thick and fast. “If you keep that up your hair will fall out”. Fingers popped out and then slipped back in as the girls pondered future baldness.

“You’ll turn into a witch.” Nothing but Maggie Simpson sucking sounds. I brought their bleak future closer with more immediate threats. “If you don’t stop that now I’ll hide cockroaches in your ice cream.” Mmmm, ice cream.

Since then I’ve learned that warnings and threats rarely work, because you can’t scare someone into new behaviour. Psychologists argue that threats often stimulate a reaction, or reactance – unpleasant motivational arousal that causes a person to adopt or strengthen a position contrary to the one intended.

Even so, governments persist with health warnings on cigarette packets, though that is likely more to do with their sense of moral obligation than appreciation of human behaviour.

People struggle with the future – it’s distant, an abstraction – so they reason there’s still plenty of time to change, never mind that making an immediate change takes energy.

Use social incentives
Instead of warning people about bad things happening in the future, show them what others are doing now. For example, in 2016 the British government sent 800 doctors a letter stating that ‘80 percent of practices in (the recipient’s local area) prescribe fewer antibiotics per head than yours’. The letter then suggested three alternatives to immediate prescriptions. The trial led to 73,406 fewer antibiotic prescriptions. Had it been sent to all general practitioners it would have led to a 0.85 percent decline in the prescription of antibiotics – an important effort in the fight against antimicrobial resistance.

Offer immediate rewards
People value immediate rewards more highly than future awards. Better the reward now than the uncertainty of a future reward. Some hospitals have boosted compliance with hand sanitising by 90% simply by broadcasting the day’s compliance progress on a screen seen by people entering and exiting a hospital ward. Improving numbers made people feel good, so they joined in and got sanitising. Sharing immediate progress is a greater influence on behaviour than a monthly report, or warnings about the possibility of increased infection.

Provide people with a sense of control
Control is an important motivator – in fact our brains are wired to control our environment. Showing people how their behaviour stacks up against others, and how much they can improve, is empowering. Smart utility providers are on the job, using monthly bills to compare your electricity consumption with average households, and graphing the opportunity to improve. It’s empowering because it provides a sense of control.

Go ahead and communicate risk, but don’t expect it to change behaviour. Because fear – fear of poor health, disease, rising power bills, induces inaction. Go for the thrill of a gain.

So, if you stop sucking your fingers now, I’ll remove the cockroaches from your ice cream.